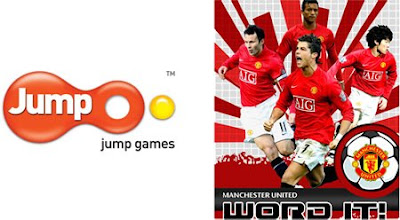 In India, the first game (Manchester United Word It!) is available across all major GSM and CDMA operators. Currently, the game is priced at Rs 50-100 for a one-time download and Rs. 10 for a pay-per-play session on various operators. The game will also be available for the BlackBerry and other smartphones.

This Game is aimed at the crazy Football fans in the world.(mostly Manchester United Fans)

Speaking on the Game Launch, CEO of Jump Games, Salil Bhargava, said, “We’re excited about launching this first game on the world’s biggest and most popular football Club following our tie-up with them. India has a huge fan base for Manchester United and this trivia based game allows them to connect with their favorite Club. The first in the series, Manchester United Word It! will be followed by more exciting games based on the football club.”