Twitter is among the many websites which don’t tolerate Spam! When Twitter finds some suspicious activity on your account, it Red-Flags you and keep a close watch on you. If the suspicious activity continues, your Twitter account is suspended temporarily or Permanently.

But there have been cases, where people think that their account is Suspended for No-Reason. These might me because of Human Errors by people managing the Twitter Suspensions and these people sometimes even accept the Fact that, there takes place erogenous Suspensions. There have been many cases where such Accounts are activated within a short time.

Keeping it all aside, we must know our limits on Twitter. We must try to follow the rules so that the chances of our own account getting suspended are minimized. 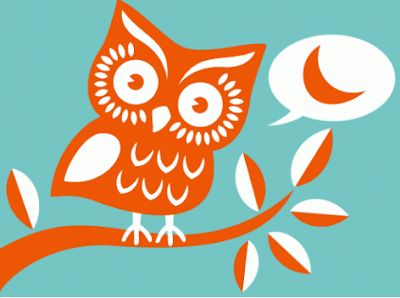 Twitter hates Spammers more than anyone else and Suspends the account of the Spammer when suspicious activity is observed on he Account. Now, What things are included in this Suspicious activity? I will tell you 5 such behaviors which will lead twitter to think that you are a Spammer and eventually ban you.

If you follow/unfollow large number of people in a short time span. This happens when you use third-party Twitter applications to gain Followers. It is also caused when you try to be a celebrity even when you are not, by unfollowing your Followers and increasing your Followers to Following ratio within a short time-span.
TIP: Do not follow or unfollow more than 100 people in a single day.

Excessive promotion of different money-making schemes or Affiliate products with your Tweets. Posting Advertisements frequently in the Tweets for making money. Trying to Promote yourself by following High-Profile accounts without creating healthy Relationships with them.

There are millions of Spammers out there on Twitter and they try their best to get Followers. Twitter Red-Flags such Spammy accounts, and you might suffer if you follow many of such spammy accounts. You might be regarded as one among them and eventually banned.

There have been cases where Twitter has banned genuine accounts because there were a lot of Spammers following them. This is an Error on Twitter’s part, just remember that this can also happen. So, don’t forget to Block such accounts.

Spammers create multiple Twitter accounts and Follow each other to increase their Followers base to impress genuine users. If a large number of users have blocked you compared to the People following you then you will be regarded as a Spammer.

This is a tricky one! Inappropriate content applies to Racist/Violent content along with Se*ually Explicit content. Tweeting about harsh issues or Offending someone is not allowed. Writing Updates to Show-Up in search results and Publishing other user’s content without attribution is spam.

A large number of unnecessary @replies just to show acquaintance with some account is regarded as Spam. Excessive Linking to irrelevant topics compared to your Tweets (using # tags) and Tweeting the Same post again-and-again is spammy behavior. Disguising the Same link in different Tweets (i.e. writing about one thing but linking to another) may also be considered spam.

Trying to Impersonated the person you are NOT by misleading, confusing, or deceiving others or posting other people’s private and confidential information is regarded as Privacy Breaching.

Trying to “sell” followers, particularly through tactics considered aggressive is also considered as a forced Effect. Linking to malicious content intended to damage or disrupt another user’s browser or computer is considered as a Malicious behavior while Registering popular UserNames just for the sake of Blocking others from using it is also regarded as fraud.